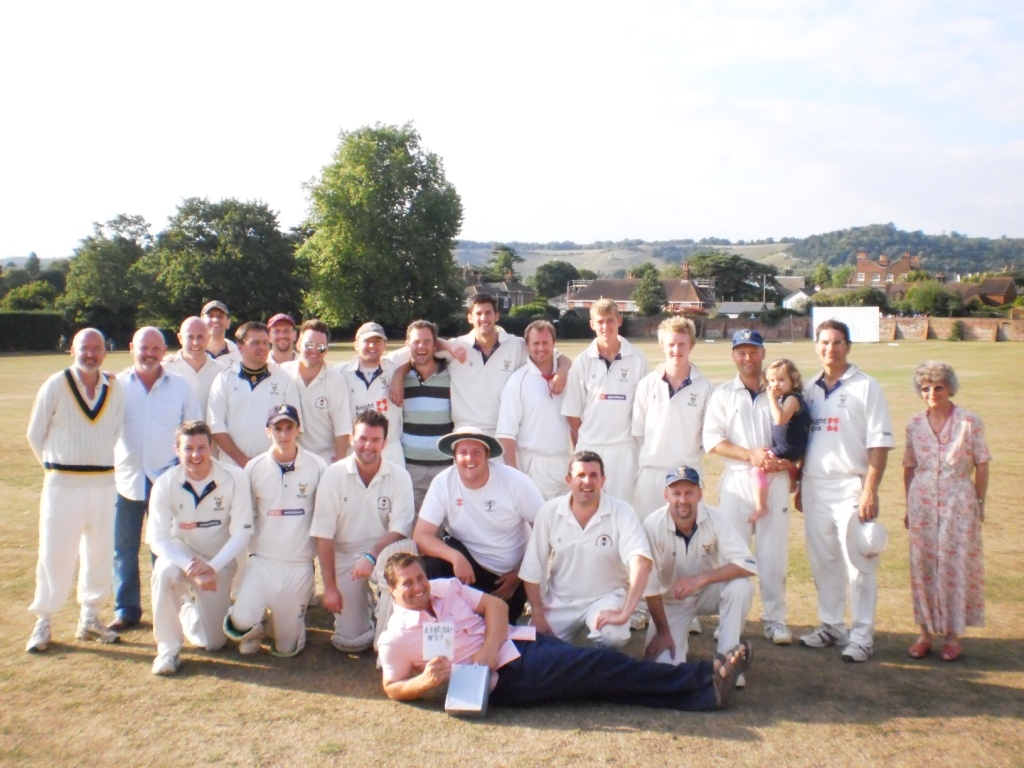 Playing mainly on Sundays, “The Mogs” have become firm favourites in the fixture cards of clubs across the South of England. Our enjoyment of competitive games played in the unique and inclusive atmosphere of village cricket, has fostered firm friendships that span generations. Our match reports penned over many years recount stories that make each and every game memorable, be it a nail-biting finish or a spectacular teatime spread. They show why so many of our players keep coming back for more, season after season.

Never a club to have its social life confined within the boundary, the Mogs have a long and colourful history of formal and informal gatherings, from the award-laden AGM and anniversary dinners, to spontaneous post match get-togethers as the sun sets on a day well spent. Whilst notable batting, bowling and fielding performances are meticulously recorded, they set no player apart. Successes are celebrated with the same degree of enthusiasm as heroic failures by teammates and supporters alike.

We play a mixture of afternoon limited over and declaration games, according to the wishes of our hosts, and we regularly feature in midweek festivals at clubs such as Reigate Priory CC with whom we share a particularly strong bond. The Mogs are also annual tourists to the West Country, and have ventured as far afield as Menorca in search of exotic cricketing adventure.

Most of all, it is a warm welcome that sets the Mogs apart, and is indeed our abiding principle. Being a wandering club, we are sustained by the bonds within our playing membership, our supporters and the generous hospitality of our hosts. We welcome players of all standards to share our love of cricket, friendship and scones.

Click below to see this, and previous, seasons' match results and club statistics...

Match reports (and accompanying photos and videos) can be found by click the link below...

General Mogador Wanderers Cricket Club news and chat is available via the link below...

We are a friendly, sociable and inclusive cricket club. If you have any queries or would like to join, then please get in touch with us today.